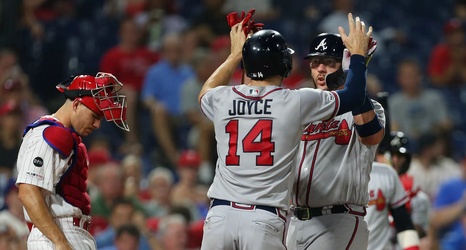 A three-run home run by Tyler Flowers and another strong performance from Dallas Keuchel was the difference in a 3-1 win for the Atlanta Braves over the Philadelphia Phillies Wednesday night at Citizens Bank Park.

Atlanta would break through against Phillies’ starter Zach Eflin in the fourth. After Freddie Freeman grounded out to start the inning, Josh Donaldson reached on an error by Jean Segura to give the Braves their first baserunner. Matt Joyce continued his good work of late with an opposite field single to put runners at first and second.

That would bring Johan Camargo to the plate who would immediately foul a ball off his right shin which would force him to leave the game.