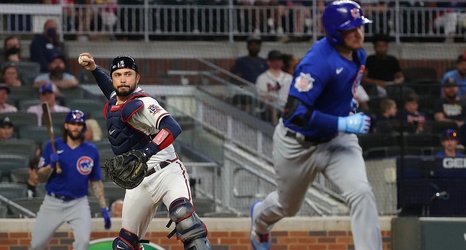 In the bottom of the sixth inning, the Marcell Ozuna threw out another guy at the plate. That’s the good news. The bad news is that Travis d’Arnaud was removed from the game.

d'Arnaud leaves game with apparent injury to left thumb (or some part of hand/wrist) after making tag on Grichuk trying to score tying run. He was out, but #Braves have to hope it wasn't a costly out.

The Braves’ injury bug has not been eradicated as Travis d’Arnaud was assisted to the dugout.