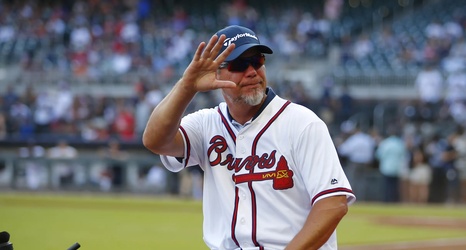 There is probably no better debate in sports than a Hall of Fame debate. That gets ratcheted up a notch when you consider all sports in a hypothetical city’s Hall of Fame like Atlanta. That is the topic that The Athletic’s Jeff Schultz tackled Tuesday with a hypothetical and inaugural Atlanta Hall of Fame. By Schultz’s own admission, the candidates from the Braves alone made him alter his format. In the end, he came up five members who would be in the VIP room with 20 other honorees.

No surprise but Hank Aaron tops the list and is followed by Herschel Walker, Bobby Jones, Dominique Wilkins and Chipper Jones at the VIP level.