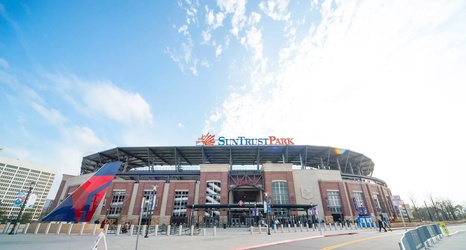 As expected, SunTrust Park is about to get a new name for the 2020 season. It was announced last year that SunTrust and BB&T would merge into a brand new company called Truist. They along with the Atlanta Braves announced on Thursday that they would reveal the new name of SunTrust Park next Tuesday at 11:00 a.m. in a press conference at the stadium. Braves President and CEO Derek Schiller will be on hand at the announcement along with Truist Chief Digital and Client Experience Officer Donta Wilson.

Our good friends at Curbed Atlanta are looking for last-minute suggestions on a new name for the stadium.