The Atlanta Braves and Austin Riley’s amazing run of unsustainability 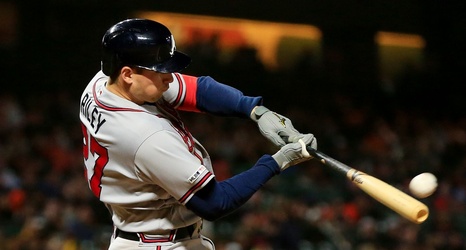 I’m not a pessimist – far from it. And I’m just as excited as anyone about the overall season Austin Riley is having with the Atlanta Braves.

However, there are vivid red flags that have repeatedly popped up during Riley’s torrid stretch that are just impossible to overlook.

First, a back story is required.

In case you’ve been asleep all season, third baseman-turned-left fielder, Austin Riley, broke out this season and put up such ridiculous numbers in Gwinnett that the Braves had no choice but to call him up to the majors, even with third base blocked by a $23 million former MVP.