Signals the Atlanta Braves might be sending via non-tender decisions 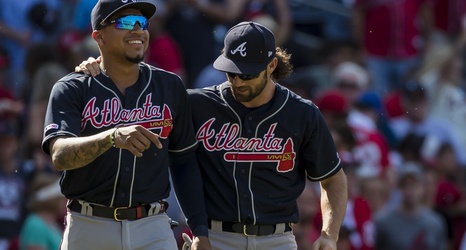 It is always fun to try and discern the meaning out of moves made by baseball Front Offices. Since Alex Anthopoulos has taken the reign, though, the Atlanta Braves have harder than usual to figure out.

This is simply because he'll say something publicly - like 'I like where we are at third base' - and then sign Josh Donaldson to a 1-year, high dollar deal. That happened a year ago.

So the guy who might be most nervous about Monday's non-tender deadline might be Shane Greene, since he was given the dreaded 'Anthopoulos vote of confidence':

#Braves' Anthopoulos dismissed some reports that Shane Greene and his projected $6-7M sal might be moved now that Will Smith is on team: “We’re trying to have a deep bullpen.