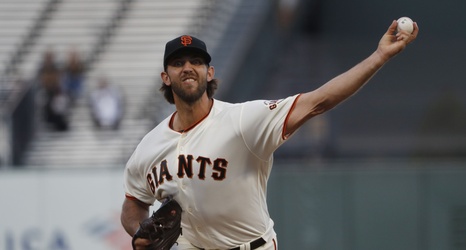 According to a report from NBC Sports Bay Area, the Atlanta Braves have made former San Francisco Giants starting pitcher, Madison Bumgarner, “a priority” this offseason.

In the story written by Alex Pavolic, league sources said the Braves “plan to quickly communicate” their interest to the four-time All-Star and three-time World Series champion.

This really is not much of a surprise considering the Braves were rumored to be interested in Bumgarner last summer before the Giants decided to hang on to their veterans in hopes of winning a wild card.