Ortega’s slam earns him another start; Acuña, Jr. back at leadoff for first game of Braves-Marlins 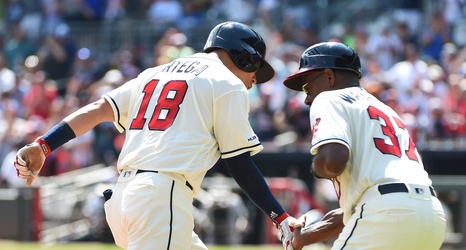 After Alex Anthopoulos’ recent statement about “going with the hot hand” and using the best 25 players on the roster, it looks like Brian Snitker is following suit.

After Rafael Ortega’s surprising grand slam on Sunday which put the game - and series - against the Dodgers out of reach, he has been upgraded to “hot hand” status and finds himself planted into the Braves’ lineup again. He will bat eighth and man left field.