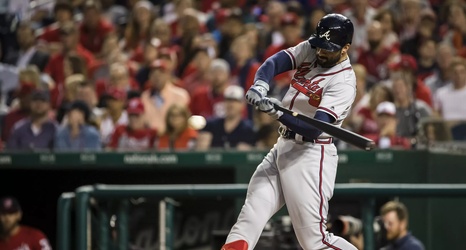 Mike Soroka turned in another excellent performance while Nick Markakis made up for lost time in a 5-0 win by the Atlanta Braves over the Washington Nationals.

Soroka matched up against Max Scherzer for the second time in less than a week. Scherzer held Atlanta at bay in the first matchup as the Nationals avoided a sweep at SunTrust Park. He wouldn’t be as fortunate this time around.

The Braves struck first against Scherzer in the fourth. Markakis got things started with a one out double and came around to score on a single by Matt Joyce to make it 1-0.