Markakis and the Bambino… and another win 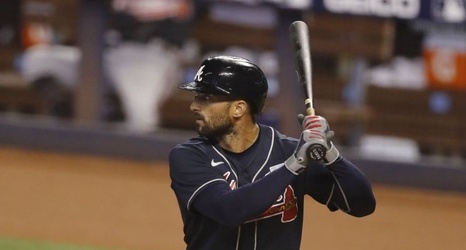 Lots of things annoy me about Chip, some of which annoy many of you (‘Ynoa still needs two more outs to qualify for the win’) and some of which are unique to me (‘Let’s see if Josh can induce a ground ball double play here.’) But among my new annoyances this year is the number of times (I think we’re at about 15) he has discussed Nick Markakis passing Babe Ruth on the doubles list. Let me be clear: (a) Nick Markakis has a hit a lot of doubles in a long distinguished career; (b) Babe Ruth was an extraordinarily good baseball player; but (c) Hitting more doubles than Babe Ruth does not make you a good comparable for Babe Ruth.