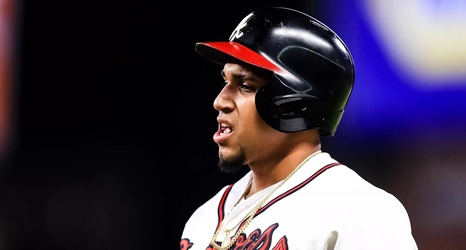 The injury bug may have bitten the Atlanta Braves once again. Johan Camargo left Wednesday’s game against the Philadelphia Phillies in the top of the fourth inning after fouling a ball off his leg. The ball appeared to hit right above his shin guard on his right leg.

He immediately went to the ground and stayed there until he was attended to by Atlanta’s training staff. Camargo wasn’t able to put a lot of weight on his injured leg and had to be helped off the field.

Johan Camargo leaves tonight's game after fouling a pitch off his leg.