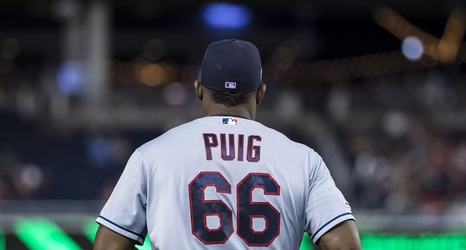 Bam! The Mariners got their lefty-hitting second baseman by trading persona non grata Jesse Winker, along with “hey remember when we traded a clubhouse-favorite reliever for him” Abraham Toro, for the Brewers’ Kolten Wong.

Yeah, okay, it’s only kinda heating up. But still, more to come. Stay tuned, and all that.

Also, the Braves chose not to add Alex Jackson back to the organization; he was outrighted by the Brewers earlier today, meaning they didn’t claim him on waivers.