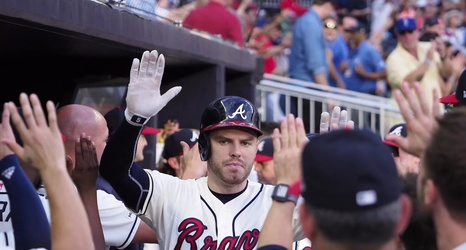 It is amazing that Freeman has been a source of nightmares for pitchers for nearly a decade . A few of the highlights of his career include becoming the owner of a sports franchise (the Mets), a walking tutorial of awkward dance moves, and the premier source of congratulatory hugs in all of sports. Oh, he also has played some pretty decent baseball.

For Freeman, like many, turning 30 is naturally viewed as the potential mid-point of a successful baseball player’s career. While there is a good chance that the peak of a player’s career could be behind him, there is just as much of a chance his best years are ahead.