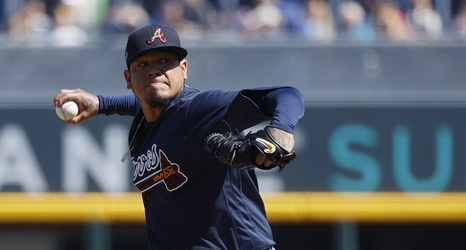 Felix Hernandez made his debut as the Atlanta Braves scored a 5-0 win in their Grapefruit League opener against the Baltimore Orioles.

Hernandez got the start and looked good firing a pair of hitless innings with one walk and two strikeouts. There was no radar gun on the broadcast but Hernandez did an adequate job of spotting his fastball while mixing in his good changeup and breaking ball.

Atlanta struck for three runs in the first against Orioles right-hander Chandler Shepherd. After an infield single by Ronald Acuña Jr and two walks loaded the bases, Adam Duvall blooped a single into center to put Atlanta up 1-0.