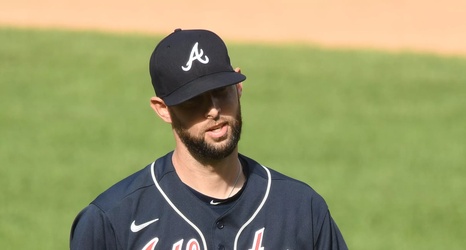 About the worst thing the Atlanta Braves could have happen on the final day of the regular season would be to lose a key player to injury. They may be facing that exact situation after Chris Martin exited Sunday’s game with no one out in the seventh inning after throwing just four pitches. It wasn’t clear what was ailing Martin but he immediately called for the team training staff after throwing his last pitch.

Chris Martin just called for the trainer after throwing a pitch.

He's leaving the game with an apparent injury.