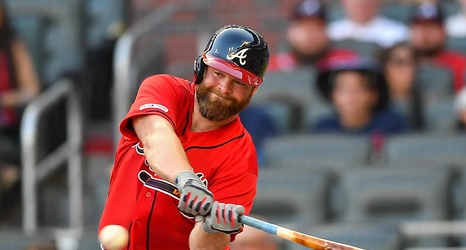 The Atlanta Braves are battling extensive injury issues at the moment, with Dansby Swanson, Ender Inciarte and Austin Riley on the shelf. On Tuesday night, the list of maladies continued to grow, with catcher Brian McCann leaving the series opener against the Miami Marlins after just three innings of work.

Tyler Flowers replaced McCann behind the plate but, over the final six innings (or more) against a divisional opponent, Atlanta is forced to operate with only one option at the position. Shortly following McCann’s exist, the Braves announced that his removal was precautionary in nature but, in the same breath, the veteran is dealing with left knee soreness.