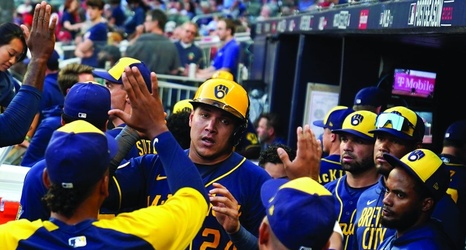 MILWAUKEE (AP) — The Milwaukee Brewers made a franchise-record fourth straight playoff appearance this fall and have the type of starting rotation that could enable them to keep that streak going in future years.

But their loss to the Atlanta Braves in the NL Division Series revealed they may need to upgrade their lineup if they’re ever going to get back to the World Series for the first time since 1982.

A lineup that struggled to score runs at various points in the season produced a total of six runs in the four-game series. The Brewers went scoreless in 33 of 36 postseason innings.