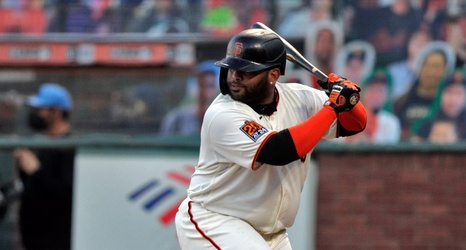 Brian Snitker confirmed Sunday that the Atlanta Braves will add Pablo Sandoval to their active roster for the regular season finale against the Boston Red Sox. Sandoval will start at third base and will in all likelihood be a part of the team’s postseason roster.

Sandoval began the season with the San Francisco Giants where he hit .220/.278/.268 over 90 plate appearances. The Giants designated him for assignment in early September and he signed a minor league deal with the Braves and reported to their alternate training site.

The hope for Sandoval will be that he can give the team a switch hitting bench option particularly from the right-handed side of the plate.