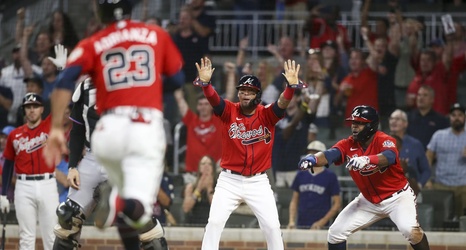 The Braves have given up at least one first-inning run in each of the four games on their homestand so far. No matter, though: they’ve won three of them anyway, with a five-run fifth providing sufficient ammo to down the Marlins in the series opener in Atlanta.

One of the big stories coming into this game had to do with the pitching matchup, as both Ian Anderson and Trevor Rogers had highly impressive stints in the majors before hitting their first real rough patches over their last few starts. Both starters did indeed have bounceback outings, but the Braves were able to knock Rogers out early and rack up runs right after.