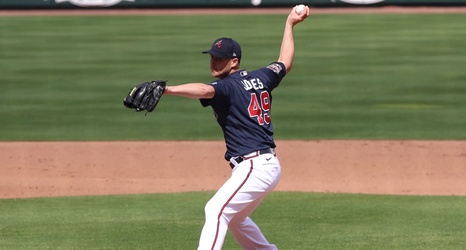 The Braves’ bullpen has been....uneven to say the least this season. Atlanta ranks in the middle third or so in terms of reliever fWAR, but that is with Will Smith, AJ Minter, and Josh Tomlin providing real positive value and others...well, not so much.

The greatest offender in the “not so much” category thus far has been Nate Jones. After a promising spring where he seemingly outpitched Carl Edwards Jr. and then saw one competitor, Touki Toussaint, go down with an injury, Jones has been pretty horrific out of the bullpen with a seemingly innocuous 3.48 ERA but a FIP of 8.