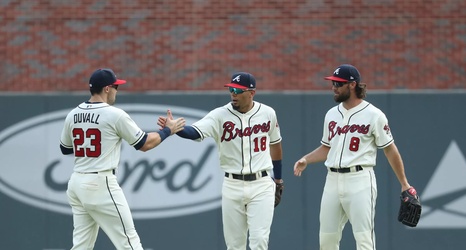 There has been a lot of consternation amongst the Braves’ fan base over the non-tender decisions the team faced today. We already saw the news break earlier today that the team planned on letting Charlie Culberson hit free agency and that....made a lot of people irrationally upset.

However, Culberson’s name was not the only possible name. John Ryan Murphy and Rafael Ortega were both widely considered to be candidates to get non-tendered and there were rumblings earlier this offseason that Shane Greene could also get the axe given the amount of money that the team has tied up in their bullpen currently.