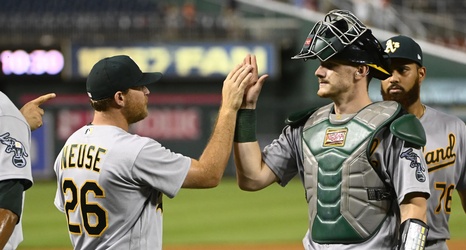 Ken Rosenthal of The Athletic reported that the Atlanta Braves have checked in on Sean Murphy, current catcher of the Oakland A’s. While a trade is not out of the question, Rosenthal did say that “the chances of the Braves acquiring Murphy are slim.” Travis d’Arnaud and William Contreras seem to have the position handled, but should the Braves acquire Murphy, Contreras could shift primarily to the DH role.