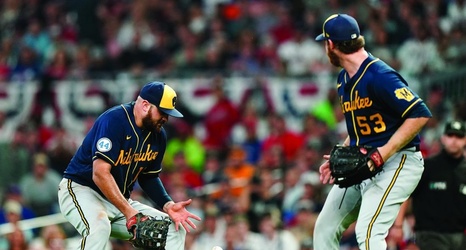 ATLANTA (AP) — Freddie Freeman hit a tiebreaking home run off Milwaukee closer Josh Hader with two outs in the eighth inning and the Atlanta Braves advanced to the NL Championship Series for the second year in a row, finishing off the Brewers 5-4 on Tuesday night.

The Braves won the best-of-five Division Series three games to one, advancing to face either the 107-win San Francisco Giants or the 106-win Los Angeles Dodgers with a trip to the World Series on the line.

The game was tied at 4 when the Brewers brought on Hader to make sure it stayed that way.