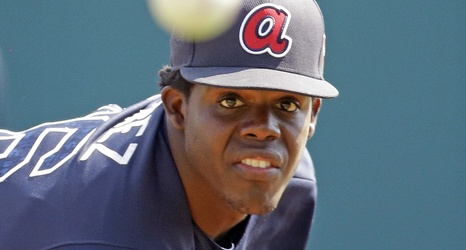 ATLANTA -- In the aftermath of Wednesday's trade that sent Lucas Harrell and Dario Alvarez to the Rangers for Travis Demeritte, the Braves recalled relievers Jose Ramirez and Matt Marksberry from Triple-A Gwinnett on Thursday.

After being acquired from the Mariners during the offseason, Ramirez made Atlanta's Opening Day roster but allowed six runs in his first two appearances. The right-hander was designated for assignment on April 11.

But since clearing waivers and joining Gwinnett on April 14, Ramirez has shown signs of developing. The 26-year-old has posted a 3-2 record and a 2.