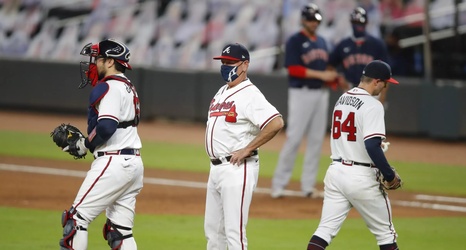 As far as debuts go, it wasn’t particularly memorable. Tucker Davidson managed to get just five outs, giving up a two-run homer and leaving the bases loaded with two outs in the second. Grant Dayton came on and promptly surrendered a grand slam, and that was pretty much that in a game with no near-term implications for either the Braves or the Red Sox.

Davidson’s first inning was actually pretty good, as he overpowered both Alex Verdugo and Rafael Devers with fastballs, giving him two strikeouts across his first 11 pitches.