Atlanta Braves Morning Chop: have patience with a couple of top prospects 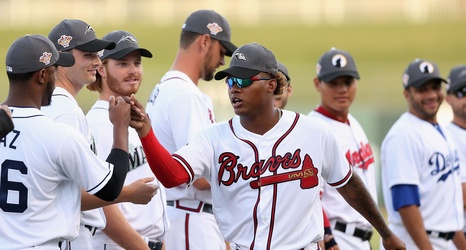 This last weekend, the Atlanta Braves AA minor league affiliate from Mississippi made its closest orbital approach to me, and so I decided to meet them halfway… in Birmingham. There were some surprises.

As an aside, the Mississippi Braves made some news on Sunday when they added Jasseel De La Cruz to its roster – immediately after he no-no’d the A+ Jupiter Hammerheads (Marlins affiliate).

Now it’s probably necessary to note that De La Cruz’s promotion was earned even apart from the no-hitter: he’s had ERA’s of 2.50 and now 1.