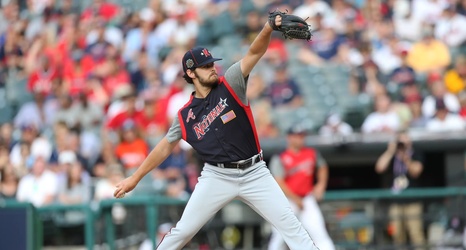 Sunday had some big starts by some top pitching prospects, as Ian Anderson, Joey Wentz, Patrick Weigel, and Hayden Deal all had big games. Offensively Griffin Benson just blew up, though Greyson Jenista showed some signs of his power and Trey Harris keeps on hitting.

Patrick Weigel turned in a solid five inning start against a good Charlotte lineup, giving up three runs on five hits and three walks before turning it over to the pen. Jeremy Walker threw two excellent innings, striking out a pair and giving up a pair of hits, before Wes Parsons picked up the save after going the final two innings.