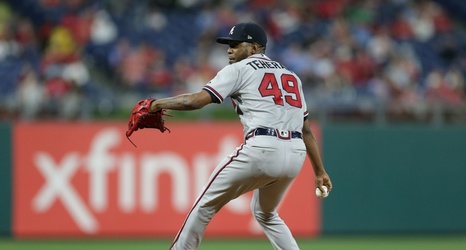 Atlanta Braves pitching couldn’t keep the Phillies in the ballpark as Philadelphia hit 4 home runs in the game. Let’s get to some more takeaways from the game.

3. Julio Teheran can’t pitch like this if he wants a starting spot in October

Safe to say Thursday was just not Julio Teheran’s night at the ballpark. Julio went 4 innings but gave up 5 hits and 3 walks and allowed 5 earned runs in the process. The earned runs raised his season ERA to 3.50.

Obviously a 3.50 ERA is nothing to scoff at, but here is the problem for Julio — every other starting pitcher right now is pitching great.