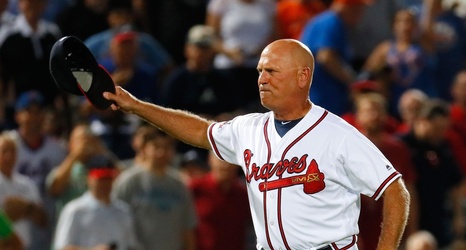 When looking at contracts and extension candidates, we often forget about the ones making the on field decisions. With that in mind, today’s Atlanta Braves extension candidate is none other than Brian Snitker, the (sometimes) mustached (always) loyal man in the captain’s chair.

If you know anything about the Braves, you probably know that ole Snit basically came out of the womb in a Braves jersey. In fact, he has been in the Braves organization since 1977, waiting decades for his chance to become manager. In 2016, after almost 40 years, his patience was rewarded as he was named interim manager after the firing of Fredi Gonzalez.