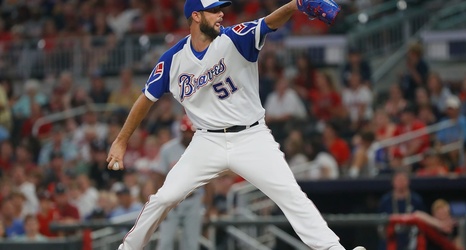 A right-handed pitcher, Chris Martin flew a bit under the radar until he got traded to the Atlanta Braves at the trade deadline in 2019.

There was not a lot of trade rumors surrounding him at the time, but I like to think Alex Anthopoulos knew exactly what he was doing when he made this deal.

He spent previous seasons with the Colorado Rockies, New York Yankees, and even a couple of years in a Japanese League before signing with the Texas Rangers in 2017.