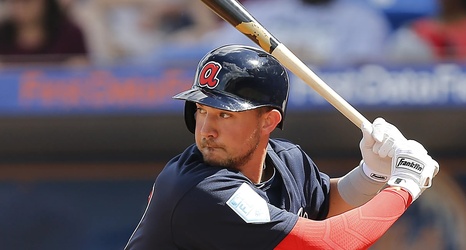 As you all know the Atlanta Braves are making quite the postseason run, and with that comes some Arizona Fall League news. Our suspicions that Shea Langeliers was on the Braves taxi squad were confirmed and because of his commitment to the major league squad he was removed from the Arizona Fall League roster. As reported last week Drew Lugbauer will be placed on the roster in Langeliers’s stead. That is good news for our viewing pleasure, as in three games he already has as many hits as the other two Braves prospects combined. This week was better than last for the Braves representatives, but that’s not saying a whole lot and on the whole it wasn’t particularly good.