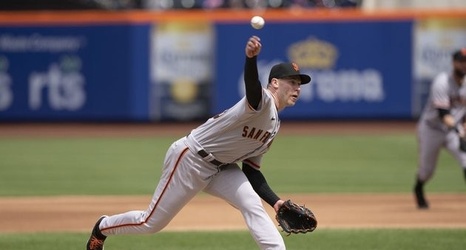 Anthony DeSclafani will come off the 60-day injured list to make his first start since April 21 when the visiting San Francisco Giants try to stop the Atlanta Braves on Tuesday night in the second game of a four-game series.

The veteran right-hander has been out due to right-ankle inflammation and has missed 53 games. DeSclafani (0-1, 6.08 ERA) will face Atlanta rookie right-hander Spencer Strider (3-2, 2.45).

The Braves won the series opener 2-1 on Monday and have won 16 of their past 18 games. San Francisco has lost two in a row after winning seven of the previous eight.