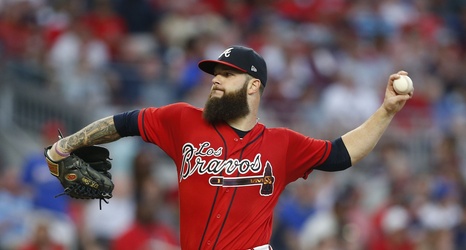 The win – the Atlanta Braves 91st of the season – guarantees at least a series split with the Phillies, with the fourth and final game of the series being played on Thursday.

The 91 victories also surpasses the Braves’ win total from a season ago, when they won the NL East for the first time since 2013.

Braves starter Dallas Keuchel pitched as if he was primed for October baseball, hurling 6 innings of one-run ball and eight strikeouts.

The Atlanta reliever trifecta (Chris Martin, Shane Greene, and Mark Melancon) added at the trade deadline in late July did exactly what Alex Anthopoulos envisioned they would do when he secured the deals for those players: they shortened the game and slammed the door shut late.