Will Brian McCann Become A Yankee? 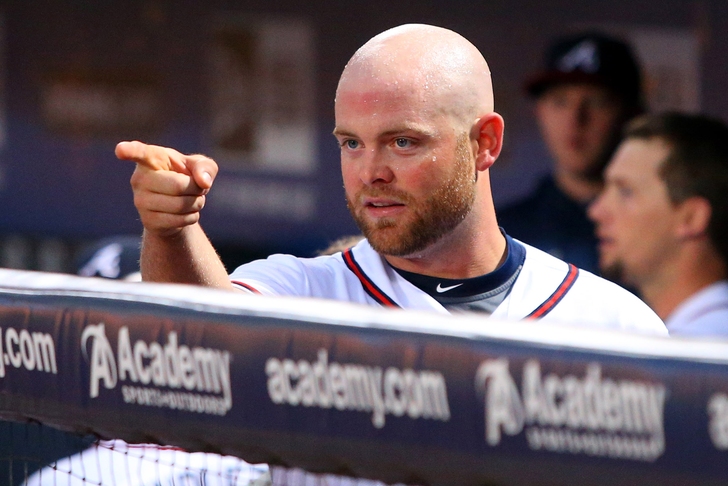 After a 96 win season and losing to the Dodgers in the Division Series, the Braves enter an off season that could be bittersweet.

McCann is an unrestricted free agent, and is expected to demand more money than Atlanta will be able to offer. Expected among the front runners for the veteran catcher are the New York Yankees, and possibly their rival the Boston Red Sox.

After the retirement of Jorge Posada in 2011 and suspension of Francisco Cervelli in the Biogenesis case, the Yankees were left scrapping at the position this year. Austin Romine and Chris Stewart saw the most action behind the plate for the New York Yankees.

The Yankees also will suffer a tough off season, as both all time saves leader Mariano Rivera and pitcher Andy Pettitte have decided to retire. While getting over these two losses will take time, Brian Cashman, General Manager of the Yankees, could help relieve the pain by signing Brian McCann.

The Boston Red Sox, like the Atlanta Braves, will be forced to make a decision on catcher Jarrod Saltalamacchia. So far in 2013, Saltalamacchia has batted .273 with 14 home runs and 65 runs batted in. The main concern for the Red Sox is giving the young catcher a huge contract. With money being an issue, they may choose to let Saltalamacchia walk and give McCann a shot. It's important to note though that McCann will also come at a steep price.

Playing the scenario over and over again, here is a list of possible options.

Option 1- McCann stays in Atlanta. For Braves fans, this is the ideal ending,  but least likely to actually occur.

Option 2- McCann dons the pinstripes, and becomes a Yankee. With the emergence of rookie Evan Gattis, the Braves will likely decide to save money in this scenario. Also, Triple- A catcher Christian Bethancourt appears to be on the verge of becoming an everyday major league catcher. Atlanta also has veteran Gerald Laird, who will be in his final year of a two year contract.

Option 3- McCann signs with Boston. In this scenario, Saltalamacchia will be on the market. The Braves could potentially bring back "Salty" to Atlanta after trading him to Texas in 2007 for Mark Teixeira.

Option 4- McCann signs with another team other than New York, Boston, or Atlanta.

Regardless of what happens this off season, McCann has left his mark on the Atlanta Braves. He is a classy baseball player that will always be loved by the fans in Atlanta.