The Atlanta Braves: Should the Braves Trade for Brandon Phillips? 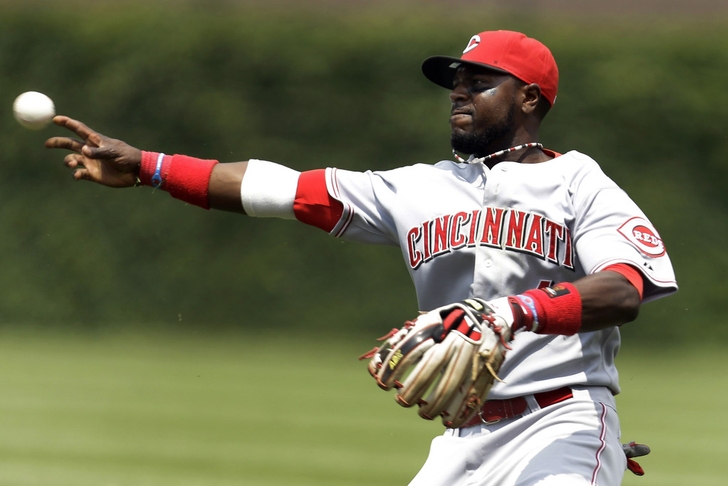 Brandon Phillips is a fan favorite in Cincinnati, but Reds fans may have to deal with parting ways this off-season.

Speculation has already begun about the Reds shopping their all-star second baseman. After posting a .310 on base percentage this past season, one point better than Braves second baseman Dan Uggla (.309), the Reds front office staff is concerned about Phillips being able to produce. To make things worse, Phillips is owed a hefty 50 million over the next four seasons.

While these are reasons to believe he will be traded, it is not guaranteed. With that aside, here are two reasons why the Braves should trade for Brandon Phillips.

1. Anything is an upgrade at this point. The Braves did grab Elliot Johnson before the waiver deadline, but he was clearly seen as a replacement.

2. He would be a fan favorite, and a change in scenery could work to perfection. Braves fans witnessed first hand how Justin Upton coming to Atlanta helped revive his game. Don't forget Phillips is also from Atlanta.

Now for a couple reasons why Brandon Phillips is not worth pursuing.

1. His price is steep. The Braves already owe Dan Uggla 26 million over the next two seasons. With his price being high, and the Braves generally being a low payroll team, the costs outweighs talent.

2. The Braves have internal options they could turn too next season. Ramiro Pena is expected to be back around spring training. Pena could take the roll if Uggla continues to struggle early on in 2014. Atlanta also has Elliot Johnson, who they picked up from the Kansas City Royals at the waiver deadline. In Triple-A, Phil Gosselin continues to improve and be on the verge of becoming a major league second baseman. The Braves would save money by looking at the options they already have.

The rumor mill will continue to stir as the off-season is just around the corner. It will be interesting to see where Phillips ends up next season. Regardless, he'll be a hit among the fans to his new team.