The Atlanta Braves Are Moving 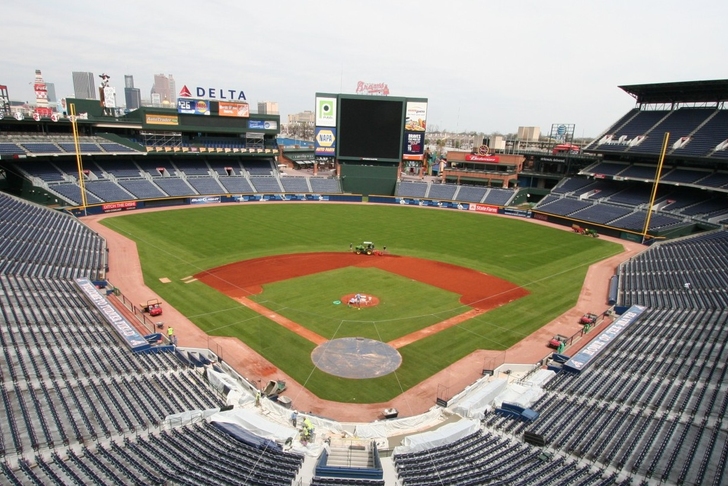 The Atlanta Braves announced this morning that they are moving into a new ballpark in 2017.

We are excited to announce plans to build a world-class stadium, which will open in 2017 at the NW intersection of I-75/I-285. #Braves

The new ballpark comes as a surprise to most baseball fans across the country. Better yet, this means the Braves will be moving out of downtown and into Cobb County, a rising Atlanta suburb.

Turner Field has been home to the Braves since 1997. The stadium was originally built to host the 1996 Summer Olympics. While "The Ted" has been a special place the last two seasons, and for most of its days as the Braves home, the 20 year lease with the City of Atlanta and the Atlanta- Fulton County Recreation Authority is set to run out after the 2016 season. This forced management into a decision to move the team into a new home.

The move has created a mix of emotions just hours after the announcement. Longtime Atlanta Journal Constitution journalist David O'Brien, who covers the Braves, voiced his opinion on Twitter about the decision to move the team to Cobb County.

While O'Brien is not in favor of the move, he does understand the importance of moving to a new ballpark outside Atlanta.

#Braves need to do whatever they can to increase revenues, and attendance was stagnant in that location, with no MARTA, no development.

At all but a few MLB venues, there's much to do in immediate vicinity before/after games. Not at Turner Field. Add traffic/no MARTA spur....

People saying ATL doesn't need a new baseball stadium are missing the point -- it's not the stadium, it's the location. Stadium is fine.

The new ballpark will cost approximately $672 million, according to the Marietta Daily Journal. Currently, Turner Field is the fourth oldest stadium in the National League, according to Chicago Cubs beat writer Carrie Muskat.

It will be interesting to see if this announcement will help the Braves in attracting potential free agents over the next couple of years. More importantly, this move is expected to create a higher payroll for the club by increasing overall revenue through ticket sales and ballpark attractions. With many of the fans living in or around Cobb County, going to a Braves game just got that much easier.

The downtown traffic in Atlanta has been a huge issue ever since the Braves moved into Turner Field in 1997. The new ballpark in Cobb County will help solve this problem. Additional parking with also be added to help accommodate the fans.

Player reactions to come as they become available.

Visit http://t.co/ydQalc1cuR for updates on the project. #Braves