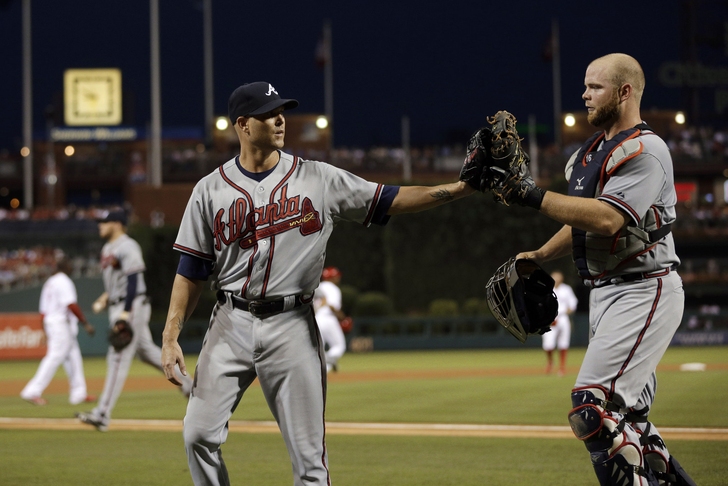 The stove is starting to heat up.

It is officially the baseball off-season, and free agents are now free to sign with the team of their choice. For the Braves, a couple fan favorites may be in a different uniform by the time Spring Training starts.

One of those players is veteran catcher Brian McCann. After missing parts of the last two seasons with injury, the Braves did not feel comfortable offering the former all-star a multi-year contract worth near 100 million. General Manager Frank Wren did extend a qualifying offer of one year, 14.1 million. McCann is expected to decline the offer, and hit the free market, according to his agent B.B. Abbott.

The Texas Rangers are expected to be among the many suitors for McCann's services. According to B.B. Abbott, the interest is mutual between the Rangers and McCann.

"From Brian's standpoint, it's certainly an attractive place for him," said Abbott. "He's a left-handed power-hitting catcher who likes to handle a mature and quality staff. They have a good front office and a good coaching staff. He would be crazy not to look at that as a landing spot. It would be a great situation. He likes the park, he knows guys on the team and it's in the South. He likes hot weather."

"All of those things make it a good fit."

It is expected that McCann will play his first season away from Atlanta next season with an American League team because he could be used as a designated hitter. His days as a catcher may be coming to an end.

Other potential destinations include the New York Yankees and Boston Red Sox. If McCann does leave Atlanta, the Braves will be given a complimentary draft pick.

The second player who may be on his way out is Tim Hudson. After missing the final two months of the season due to a gruesome ankle injury, which required surgery, Hudson is expected to make a full recovery. According to David O'Brien, Hudson has already drawn interest from at least eight teams.

The Braves did not offer Hudson a qualifying offer before the Monday 5 p.m. deadline which leads one to think he will walk this off-season. However, the veteran is sure to only get one-year offers. It will be interesting to see if "Huddy" leaves Atlanta.

For now, all the free agency talk has surrounded McCann and Hudson. Maholm, O'Flaherty, and Downs are also on the market, but have drawn little interest in the early going. Reliever Eric O'Flaherty is expected to stay in Atlanta after undergoing season ending Tommy John Surgery this past summer. With the depth and young pitching talent in the Braves' farm system, Paul Maholm will more than likely pursue another team to pitch for in 2014. GM Frank Wren would save money by looking internally for a short-term pitching solution. Scott Downs was picked up by the Braves at the July 31 trade deadline from the Angels to help solidify the bullpen after losing Eric O'Flaherty to a season ending shoulder injury. Downs provided a boost to the Atlanta pen, but with the return of Venters and O'Flaherty probable in early 2014, and rise of Luis Avilan, the Braves will choose to pass on resigning Downs.

The Braves have declined the option on Reed Johnson, allowing the veteran outfielder to sign elsewhere. This does not mean he will not be in Atlanta next season, but it appears more likely Johnson will wear a different uniform next season.