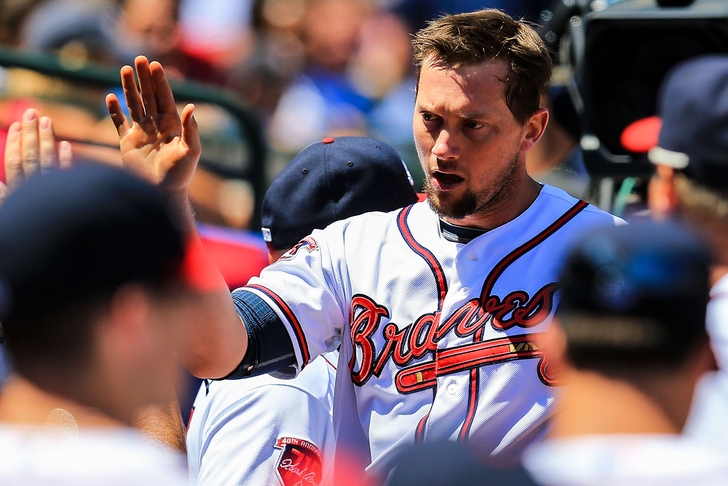 The Atlanta Braves appear to be sweetening the pot when it comes to their reported trade shopping of outfielder Justin Upton.

Disregarding a typo in regards to his first name, Bob Nightengale of USA Today is reporting that the Braves are packaging third baseman Chris Johnson with Upton in their current trade talks at the Major League Baseball winter meetings:

The #Braves now are packaging OF Justin Upton and 3B Kelly Johnson in trade talks with teams.

According to Atlanta Braves beat reporter Mark Bowman, there are three teams who are currently showing interest in Upton:

The Orioles, Rangers and Padres are continuing to show interest in Justin Upton. #Braves

It is unclear as to how the Baltimore Orioles, Texas Rangers, and San Diego Padres' trade interest has been affected by the addition of Johnson to the trade package. Stay tuned.