Are the Atlanta Braves Championship Bound? 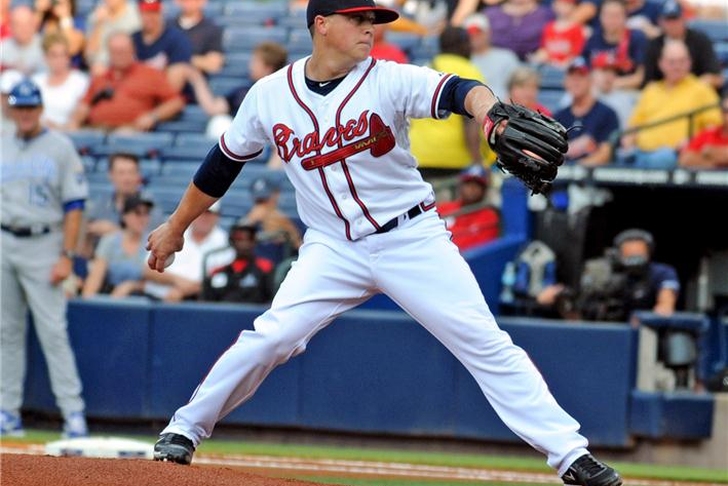 Just 11 wins stand between the Atlanta Braves and a championship.

After putting together a 96-win season, the Braves look to continue their good fortune in the playoffs. First up, the Los Angeles Dodgers. Atlanta and Los Angeles will meet up tonight at Turner Field in Game 1 of the National League Division Series.

The Dodgers looked to be out of contention in early June until the call-up of rookie sensation Yasiel Puig. Los Angeles called up Puig from Double- A Chattanooga, and immediately witnessed something special. Puig homered in his first game as a Dodger, and with his help the Dodgers cruised to an easy division title.

Tonight, Kris Medlen will face Clayton Kershaw in a matchup of two 90+ win teams. Medlen looks to rewrite what happened last year at Turner Field in October against the Cardinals - after compiling a team-record 16 straight starts with a win, Medlen was defeated in the Wild Card playoff game last season, sending the Braves home early.

Kris Medlen had a tough start to the 2013 season. His first half of the season was so rough that Manager Fredi Gonzalez considered stashing him in the bullpen for the rest of the season.

Medlen bounced back in the second half, earning September's "Pitcher of the Month." award. In August and September, Medlen went 8-2 with a 2.00 ERA.

On the hill for the visiting Dodgers will be Clayton Kershaw. The Los Angeles ace finished the season with a 16-9 mark and a 1.83 ERA.

The Braves hope to open the postseason with a win at home against the Dodgers Thursday night.

The Braves starting second baseman, Dan Uggla, was left off their Division Series roster. Uggla batted a career worst .179 this year with 171 strikeouts.

Also left off the Braves roster was pitcher Paul Maholm. Manager Fredi Gonzalez quoted the decision to leave Uggla and Maholm off the roster as, "one of the toughest days of my life."

The Dodgers were swept in Atlanta earlier this year. Los Angeles surrendered 16 runs while scoring only 8.