2 Trades The Atlanta Braves Could Make At The Trade Deadline 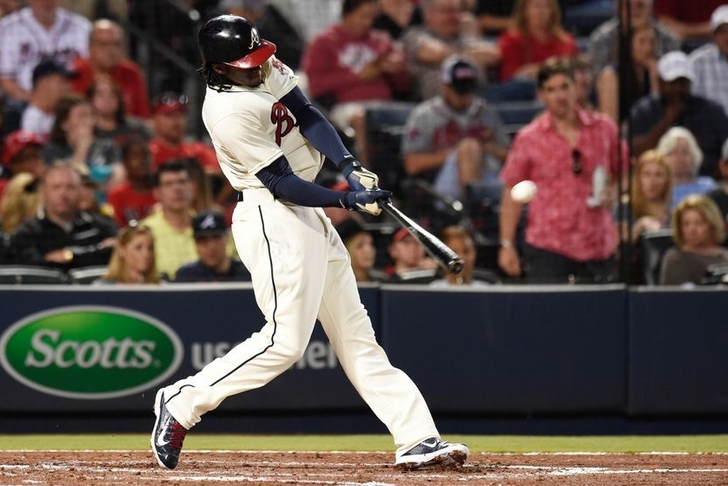 We're less than three weeks away from the 2015 MLB trade deadline, which means there are plenty of rumors swirling around the Atlanta Braves and what they might do on the trade market. Here are two deals they could make at the deadline:

San Francisco's biggest need is for outfielder depth, and that's an area they plan to address in a big way at the trade deadline. According to ESPN's Buster Olney, Cameron Maybin is one of the names that have already been discussed by the front office. The Giants have already talked to the Braves about Maybin, who is hitting .289 with eight home runs and 44 RBI's this season. Atlanta would be able to get a couple of prospects in return for him, helping speed up their rebuild.

The Cardinals will be buyers at the deadline, but Pierzynski is someone they can use to give Yadier Molina an occasional rest. Atlanta is trying to get rid of Chris Johnson, and could use him as a throw in for this deal, but Kelly is a young 20-year-old catcher that has a lot of potential, but is slumping, so the Cardinals may be willing to get rid of him.

Follow our Atlanta Braves team page for all the latest Braves news and rumors!