With Manchester City on the brink of a fourth title in five seasons, Pep Guardiola roars: 'They said nobody could dominate like Sir Alex Ferguson, look at us now!' 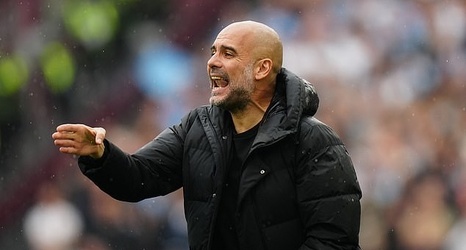 Beat Aston Villa on Sunday and Pep Guardiola will secure his 10th championship from the 13 seasons he has been a manager with Barcelona, Bayern Munich and now Manchester City.

In two of the other campaigns he has been runner-up. The outlier was his first season at the Etihad in 2016/17 when he finished third.

Rarely prone to self-congratulation, one senses Guardiola is proud of finding himself on the verge of a fourth Premier League title in five seasons, the most dominant run in our game since Sir Alex Ferguson and Manchester United more than a decade ago.