'What a performer! He deserves to have the trophy in his hands': Gary Neville heaps praise on Fernandinho before Brazilian credits 'fighting traits' of his title-winning Manchester City side 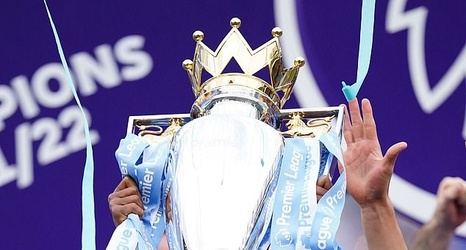 Gary Neville heaped praise on Fernandinho as the Brazilian lifted the Premier League trophy in his final act as a Manchester City player.

The 37-year-old will depart City this summer following nine years at the club, in which he has won 12 major trophies - including five top-flight titles.

The latest came on Sunday as Pep Guardiola's side staged a sensational comeback to beat Aston Villa 3-2 and top the table ahead of Liverpool.

'What a performer,' Neville said on Sky Sports as he applauded Fernandinho.