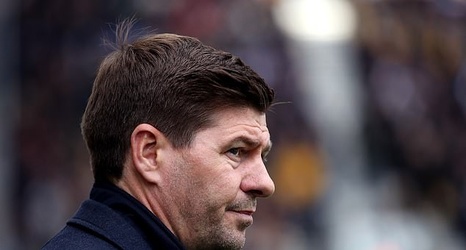 Steven Gerrard warned his Aston Villa stars they are playing for their futures after overseeing three straight defeats for the first time in his reign.

The former England captain was furious with his side's first-half display in their 2-1 defeat at Wolves, accusing his players of lacking the required mentality for a derby.

Jonny's early strike and an own-goal from Ashley Young meant Wolves were in control at half-time while Ollie Watkins' late penalty could not inspire the comeback Villa fans craved.

'We never turned up from the first whistle,' said Gerrard.