'Someone was saying Bielsa was a myth but we showed everyone we're here to compete': Patrick Bamford claims Leeds shut up their doubters with win over Aston Villa after Gabby Agbonlahor's damning comments 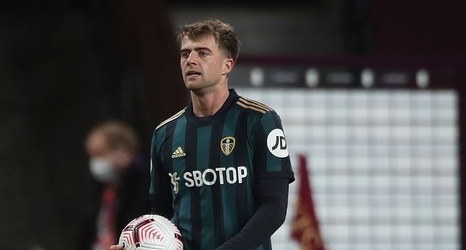 Patrick Bamford claimed Leeds had silenced their doubters after scoring his first Premier League hat-trick to end Aston Villa's 100 per cent start to the campaign.

The forward's second-half treble crowned a spectacular performance from Marcelo Bielsa's team who moved into third place in the table heading into this weekend's matches.

Former Villa striker Gabby Agbonlahor had called Leeds 'a myth' earlier this week after they were beaten at home by Wolves and Bamford wasted no time in reminding him of his words.

'Someone was saying Bielsa was a myth but we showed everyone that Leeds are here to compete,' said Bamford.