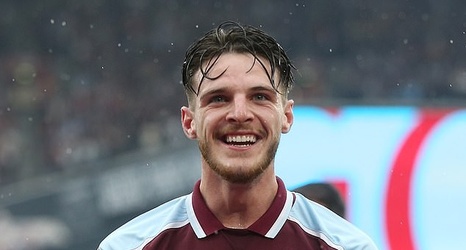 The ex-England and Reds striker claimed that Rice is more than capable of playing a more progressive role than his regular deep-lying defensive position, after developing aspects of his game.

The England international is one of the most sought after young midfielders in the Premier League after yet another impressive season for the Hammers, starting 50 games last season and scoring five.

'I think that sitting midfield role is a very disciplined role, I played with one of the best in terms of Steven Gerrard,' Owen told Channel 4 ahead of England's Nations League game against Hungary on Saturday night.