'It's one of the great substitutions in Premier League history!': Pep Guardiola hailed as a GENIUS by Micah Richards and Roy Keane for game-changing Ilkay Gundogan move that sparked comeback to win Manchester City the Premier League title 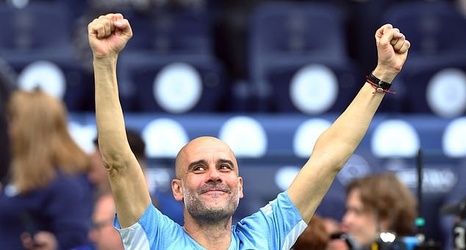 Pep Guardiola was hailed 'as one of the best coaches ever' by Roy Keane after the Spaniard's substitutions proved crucial in Manchester City winning the Premier League title on the final day of the season.

City knew that a win over Aston Villa would guarantee them the trophy, but were left stunned as they found themselves 2-0 down after 69 minutes at the Etihad.

But Guardiola's team mounted a sensational comeback and scored three goals in the space of five minutes - two from Ilkay Gundogan and one from Rodri - to lift the title.