Crystal Palace star Eberechi Eze 'in line to earn England call-up with Gareth Southgate impressed by Eagles playmaker... but Nigeria are also interested in capping him' 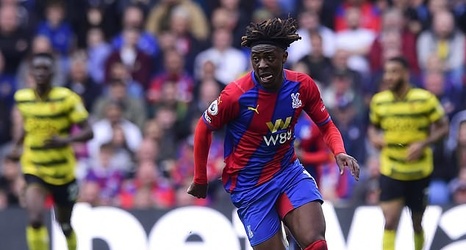 Crystal Palace playmaker Eberechi Eze is on the verge of an England call-up, according to reports.

After a fine debut season in the Premier League last campaign, the 23-year-old suffered a serious heel injury in May and has spent much of this season out.

But as reported by the Sun, the Eagles star has impressed Three Lions boss Gareth Southgate since his return from injury and is in line for a senior international debut.

Eze, who can play both in midfield and on the wing, was in line for a call-up to England's wider training squad ahead of last summer's European Championships.