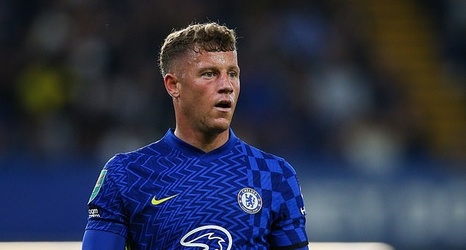 Burnley could offer Chelsea outcast Ross Barkley a career lifeboat by signing the midfielder on loan in January.

Barkley's chequered career at Stamford Bridge has continued under Thomas Tuchel, with the former England player failing to get regular game time.

Burnley are prepared to pay part of Barkley's salary should he join them on loan in the upcoming transfer window, according to The Sun.

Barkley has featured for just seven minutes in the Premier League this season, coming off the bench for Chelsea's 1-0 win over Southampton earlier this month.