'Barcelona is my home': Wolves star Adama Traore talks up the prospect of sensational Nou Camp return and admits his agent is monitoring which positions the Spanish giants need 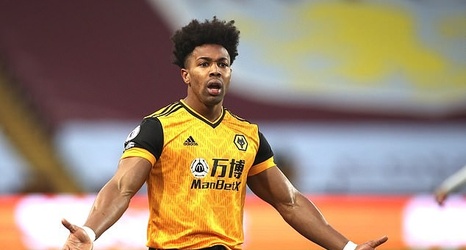 Winger Adama Traore has sparked speculation that he is preparing to turn his back on Wolves in order to seal a dramatic return to Barcelona.

Traore started his career with the Spanish giants, before moving to English football where he got his break with Aston Villa and Middlesbrough before being snapped up by the Molineux side.

Now, during his Euro 2020 duties with the Spain national team, Traore has addressed talk of potentially leaving Molineux in order to pursue a new, and familiar challenge.

When asked by Spanish reporters whether he would one day like to pull on the Barca shirt again, Traore replied: 'Barcelona is my home, it is reality.