Aston Villa survived by the skin of their teeth in first season back in Premier League... but they are now eyeing a crack at the big boys just like Leicester as they look to add Smith Rowe to their ranks alongside Buendia (but they must keep Grealish!) 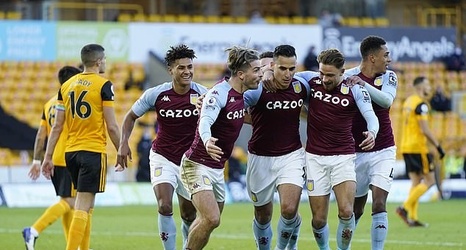 After Aston Villa just about stayed afloat in their first season back in the Premier League, many fans didn't give them much hope of surviving next time round.

Villa, on the final day of the 2019-20 season, beat the drop by one point after a 1-1 draw at West Ham - with club hero Jack Grealish scoring the goal that ultimately kept their top-flight status intact.

Despite their survival, the signs weren't great for Villa and Dean Smith had come under scrutiny following some lacklustre and below-par performances in the Premier League as they were served a reality check coming up against England's elite.